Previous
discussion. The amended complaint fares better: the tortilla packages at
issue plausibly misrepresented Mexican origin. Plaintiffs added allegations that
“[u]n pedacito de México” translates to “a piece from Mexico,” in addition to
“a piece of Mexico.” And they alleged a consumer survey that showed 401
participants the following image: 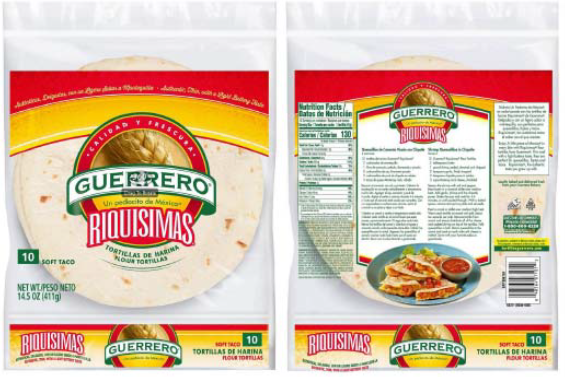 It then asked: “Based on the label of the product, where do
you believe the product is made?” 70.1% of participants answered Mexico. Gruma argued
that the survey was unreliable because it failed to use open-ended questions
and controls and failed to consider whether the participants actually zoomed in
on the label or read any of its text. “Even if Gruma is correct that the Survey
suffers from certain flaws, the Survey at least demonstrates that it would not
be ‘impossible for the plaintiff to prove that a reasonable consumer was likely
to be deceived.’” Thus, dismissal at this stage was unwarranted. As with another
recent case, Rodriguez v. Olé Mexican Foods Inc., 2021 WL 1731604, No. EDCV
20-2324 JGB (SPx) (C.D. Cal. Apr. 22, 2021), the packaging “evokes the spirit
of Mexico, which … may also mislead a reasonable consumer about the Tortillas’
geographic origin.”

Plaintiffs had standing to seek injunctive relief because
they desired to buy the tortillas in the future, but were currently unable to
rely on the packaging.