Recent developments in European Consumer Law: Unfair terms case law in the first half of 2021: a retrospect

With the fall approaching, and the new case law season gradually unfolding, we decided to take a look back at the first half of 2021 and survey the developments in various consumer protection domains. In this post we present a short recap of the CJEU unfair terms case law, highlighting the cases we have not yet commented upon.

Firstly, for your convenience, here is a list of judgments on unfair terms on which we already reported in past months: 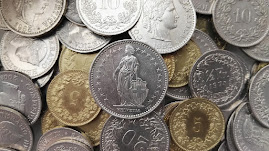 As seen from above, credit agreements (including contracts for loans denominated in a foreign currency) continue to be of primary concern to the courts applying legislation implementing Directive 93/13/EEC. The same was also true the other decisions delivered by the Court in the first half of 2021. Most of them revolved around the questions which
the Court had already considered before – the procedures thus often skipped written opinions or led up to the reasoned orders.

Consider the following decisions – each concerned with the loan agreements denominated in a foreign currency:

Should a contested term (here: relating to the exchange rate risk) be examined, as a matter of priority, in the light of the exception of the terms reflecting mandatory statutory or regulatory provisions (here: the principle of monetary nominalism) set out in Article 1(2) of the UCTD or in the light of the requirement of transparency arising from Article 4(2) of the Directive? This was the key question considered in case C‑364/19. According to the Court, the former is correct. In reaching this conclusion the Court referred among others to the judgment in Banca Transilvania, in which it similarly denied a stronger consumer protection in the context of Article 1(2). Accordingly, the second part of the preliminary reference, pondering the consequences of finding non-transparency, was deemed irrelevant.

The judgment in case C-609/19 considered three main questions. Firstly, do the terms stipulating that repayments at fixed
intervals are allocated first to interest and providing for an extension of the term of the agreement to
pay the account balance, and for an increase in monthly instalments qualify as the ‘main subject matter of the contract’ within the meaning of Article 4(2) UCTD? The Court recalled that the latter concept relates to the terms that lay down the essential obligations of the contract and, as such, characterise it – as opposed to ancillary conditions. As emerging from prior case law, terms that merely determine the conversion rate of the foreign currency, without any foreign exchange service being supplied by the lender, do not fall under Article 4(2) exception. By contrast, terms which relate to the foreign exchange risk define the main subject matter of that agreement. In the present case, the terms relating to the conditions for the repayment of the loan could be regarded as ancillary repayment arrangements, but could also be seen as giving concrete expression to the foreign exchange risk. It was ultimately for the national court to verify whether contested terms “relate[d] to the actual nature of the debtor’s obligation to repay the amount made available to it by the lender” (para. 38), and thus laid down an essential element characterising the agreement.

As regards the assessment of transparency the Court reiterated and systemathised its prior findings. Ultimately, the transparency requirement in foreign currency loans is seen as satisfied where the seller or supplier has provided the consumer with sufficient and accurate information to enable the average consumer, who is reasonably well informed and reasonably observant and circumspect, to understand the specific functioning of the financial mechanism in question and thus to evaluate the risk of potentially significant adverse economic consequences of respective terms on his or her financial obligations throughout the term of the agreement. The judgment higlighted the temporal dimension of B2C relationships (long term) and listed relevant factors, such as the scope of information, the language used in the pre-contractual and contractual documentation and the potential existence of unfair commercial practices. The judgment also specified conditions under which quantitative simulations can be useful to the consumer.

Finally, as regards substantive unfairness, the Court recalled that non-individually negotiated terms in B2C contracts are liable to cause a significant imbalance in
the parties’ rights and obligations where the seller or supplier could not
reasonably expect, in compliance with the transparency requirement, that the consumer would have agreed, in
individual contract negotiations, to a disproportionate foreign exchange
risk. The Court stressed the importance of transparency, as referred to in Article 5 UCTD, among the elements to be taken into account in the assessment of whether that term is unfair. Attention was further drawn to recital 16, referring to the strength of the bargaining positions and inducement of the consumer to agree to the term concerned.
Considerations of the Court in these multiple joined cases were largely similar to those recounted above in respect of case C-609/19. This is especially the case in relation to the main subject matter to the contract, transparency and substantive unfairness. A further part of the judgment engaged with the principle of effectiveness in the context of transparency as well as limitation periods. Most notably, the Court elaborated that the burden of proving that a contractual term is plain and intelligible, for the purposes of Article 4(2) of the UCTD, should not be borne by the consumer (para. 79 et seq.). Pro-consumer findigns were also made in respect of limitation periods – both in the commented decision and in an earlier judgment C‑485/19 Profi Credit Slovakia.