In the busy past academic year we might have missed to report important consumer news. We will try to update the blog with the relevant references in the coming weeks, starting with this short update on air passenger rights. 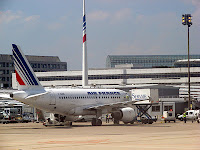 On 12 November 2020 the CJEU issued an order in this case asking for the clarification of some provisions of Regulation No 261/2004. The facts of the case concerned passenger travelling from outside of the EU to the EU via connecting flights (NYC-Amsterdam-Hamburg). The first connecting flight was operated by a non-Community air carrier under a code-share agreement, whilst the second one was operated by KLM (Community air carrier). The first flight was delayed to the extent that the final destination was reached with a delay of more than 3 hours.

This Regulation has been in the process of being revised since 2013, but the Council was at a stalemate in its discussion on it, partially due to the dispute between Spain and the UK as to the position of the airport in Gibraltar. Before the Covid-19 pandemic hit, the works in the Council moved forward – between November 2019 and March 2020. Then other issues took priority, but the revision of this measure is listed by the Commission on its priority list of its work programme for 2021 (See more on the EP website dedicated to this issue).

Travelling during Covid-19 pandemic has been problematic and is meant to be facilitated nowadays by the use of vaccination passports. Notwithstanding various problems associated with the use of these passports (related to privacy, equal treatment, etc – see e.g. a paper by Ana Beduschi ‘Covid-19 health status certificates: Key considerations for data privacy and human rights‘), the technical process of not only putting them in place but also national passports being recognised in other countries (the ultimate goal for the travel industry) still is somewhat wonky. Just today The Independent reported on the British NHS Covid vaccine passports not being recognised in all of the Member States at the moment – e.g. Hungary, Italy and Latvia are mentioned as problematic. This apparently follows on the EU not having yet linked the UK’s certification scheme to the EU one (although this has now been done for Swiss and Turkish schemes). See further: UK’s NHS Covid Passport Still Not Recognised in Parts of Europe.