What must social media platforms do to comply with Florida’s Senate Bill 7072? 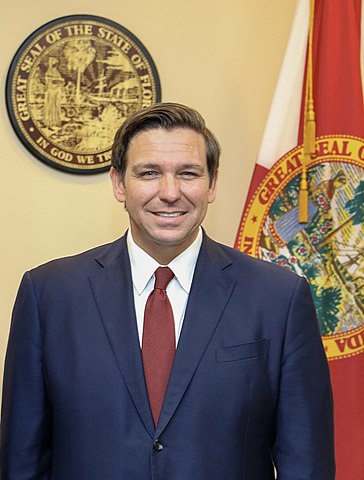 The media has been covering Florida’s new law (Senate Bill 7072) targeting social media platforms, which Governor DeSantis signed today. The law is relatively complex and imposes a number of new obligations on social media platforms. The law is likely to face First Amendment challenges. And then there’s the Section 230 problem. In any event, through all the political noise surrounding the law’s passage, it is worth taking a careful look at what the statute actually says.

The bill starts with some findings of the legislature that give context to what the law is about. There are some interesting findings that reflect an evolved view of the internet and social media as being critical spaces for information exchange, in the nature of public utilities and common carriers:

The statute gives some precise and interesting definitions to important terms:

A “social media platform” is any information service, system, Internet search engine, or access software provider that provides or enables computer access by multiple users to a computer server, including an Internet platform or a social media site, operates as a sole proprietorship, partnership, limited liability company, corporation, association, or other legal entity, does business in Florida and has either annual gross revenues in excess of $100 million, or has at least 100 million monthly individual platform participants globally.

Interestingly, the statute appears to clarify that Disney World and other major players are not part of what constitute “social media platforms”:

The term does not include any information service, system, Internet search engine, or access software provider operated by a company that owns and operates a theme park or entertainment complex as defined elsewhere in Florida law.

To “censor” is for a social media platform to delete, regulate, restrict, edit, alter, inhibit the publication or republication of, suspend a right to post, remove, or post an addendum to any content or material posted by a user. The term also includes actions to inhibit the ability of a user to be viewable by or to interact with another user of the social media platform.

“Post-prioritization” means action by a social media platform to place, feature, or prioritize certain content or material ahead of, below, or in a more or less prominent position than others in a newsfeed, a feed, a view, or in search results. The term does not include post-prioritization of content and material of a third party, including other users, based on payments by that third party, to the social media platform.

The first substantive part of the statute seeks to protect political candidates from being taken offline:

What happens if there is a violation?

A social media platform that violates the statute could face legal action from the government, or from private citizens who sue under the statute.

If the Florida Department of Justice, by its own inquiry or as a result of a complaint, suspects that a social media platform’s violation of the statute is imminent, occurring, or has occurred, it may investigate the suspected violation. Based on its investigation, the department may bring a civil or administrative action. The department can send subpoenas to learn about the algorithms related to any alleged violation.

The court may award the following remedies to the user who proves a violation of the statute:

When does the law take effect?