Which court has jurisdiction over an online defamation case? AG Hogan’s Opinion in Case C-251/20

A person or a company that has been defamed on the Internet may demand not only the removal or rectification of discrediting comments, but also compensation for any material or non-material damage suffered. The question is which court should be addressed, since comments posted on the Internet may be accessible in various Member States. This query is the focus of the dispute in case C-251/20 Gtflix Tv vs. DR pending before the Court of Justice. Last Thursday (16.09.2021) Advocate General Gerard Hogan issued his opinion. 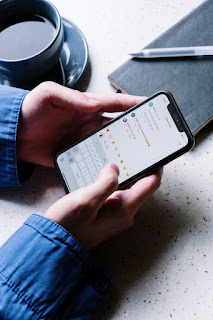 According to the general rule of jurisdiction, arising from Regulation No 1215/2012 on jurisdiction and the recognition and enforcement of judgments in civil and commercial matters, persons domiciled in a Member State may, regardless of their nationality, be sued in the courts of that Member State (Article 4(1) of Regulation No 1215/2012). Various exceptions to this rule are laid down, establishing different criteria for connecting a dispute to the courts of other Member States. For example, Article 7(2) of the Regulation stipulates that a person may also be sued in another Member State – in matters relating to tort, delict or quasi-delict, before the courts for the place where the harmful event occurred or may occur. This exception is justified by the need to ensure the sound administration of justice, legal certainty and to “avoid the possibility of the defendant being sued in a court of a Member State which he could not reasonably have foreseen” (see recital 16 of the Regulation). In such situations, the court of the place where the event giving rise to the damage has occurred or is likely to occur is more competent in the sense that it is closer and better placed to assess the extent of the damage and its consequences. Unfortunately, determining the place of the damage and the competent court is sometimes dubious in cases of online damage caused by posting false or infamous statements, which can be accessed in different Member States. The implications of such statements may be diverse in each jurisdiction. For example, negative comments about a person or a company may considerably affect their good name or professional standing in a certain state because they are well-known or economically active there. In such a case, the extent of the damage may be significant. Conversely, in another state, where the person or company is not known, access to defamatory comments may not have negative consequences.

The dispute in the Gtflix case concerns precisely whether the Czech company Gtflix (as it was nicely expressed in the Opinion – “which produces and distributes what is sometimes euphemistically described as as adult content television programmes”) can bring a claim against a Hungarian citizen (also a producer and distributor of pornographic films) before a French court? Gtflix accuses the Hungarian producer of posting disparaging remarks on websites and forums, and seeks, inter alia, an order requiring DR to cease all acts of disparagement against Gtflix and to pay compensation for both economic and non-material damage. However, the French courts have raised doubts as to whether they have jurisdiction in this case. In other words: may Gtflix, while seeking both rectification of the data and removal of the content and compensation for material and non-material damage, bring such proceedings before the courts of each Member State in the territory of which the content was accessible on the Internet, or must it bring such proceedings before the court having jurisdiction to order the rectification of the data and removal of the defamatory comments?

The question referred by the French court refers to some divergence in the case-law of the Court of Justice arising from the judgments in cases eDate Advertising and Others (C‑509/09 and C‑161/10) and  Bolagsupplysningen and Ilsjan (C-194/16). In the former, the Court held that a claimant as a result of online defamation may bring an action before the court having jurisdiction over the defendant’s domicile, the place where the harmful event occurred or the place where the claimant’s centre of interests is located (understood, for example, as the place of habitual residence or professional activity). In such cases, the court may rule on the entirety of the damage suffered. Furthermore, according to the Court, the claimant may also bring an action before other courts of the Member States in which the publication in question is or has been accessible, but in that case the court may rule only in respect of the damage or injury caused in the territory of the Member State concerned. This construction is sometimes also referred to as the ‘mosaic approach’, as it introduces a principle of jurisdiction sharing.

In case Bolagsupplysningen and Ilsjan the Court stated, however, that a claim for rectification or deletion of online comments cannot be brought before the courts of each Member State (despite the ubiquity and accessibility of information on the Internet in various places), but only before the same courts as those which had been granted jurisdiction to hear the merits of the case for full compensation for damage. With this in mind, Advocate’s opinion focused on a detailed analysis of the mosaic approach, trying to find arguments both for the Court’s retention and possible abandonment thereof. Ultimately, AG concluded that he is not convinced by either solution (see point 79 of the Opinion). He therefore suggested that a good practice would be to complement the mosaic approach with an additional “focalisation criterion”, i.e. a criterion verifying that the publication in question (such as discrediting content) is targeted specifically at the public in the territory of a given Member State. The application of this criterion would make it possible in practice to reduce the number of courts having jurisdiction to hear the dispute.

In conclusion, in the AG’s view a claimant who seeks both the rectification/deletion of certain content and compensation for the non-material and economic damage resulting from the dissemination of disparaging statements on the Internet, may bring an action or claim before the courts of each Member State in the territory of which content published online is or was accessible, for compensation only for the damage caused in the territory of that Member State. Nevertheless, the claimant should be able to demonstrate that it has “an appreciable number of consumers in that jurisdiction who are likely to have access to and have understood the publication in question”.

Now we are awaiting the judgment of the Court. We will keep you informed, so stay tuned!